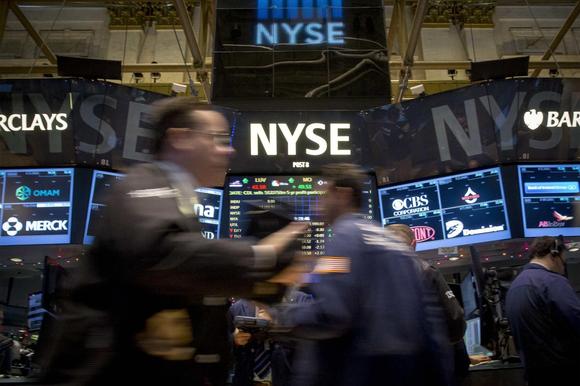 Traders work on the floor of the New York Stock Exchange December 16, 2014.

NEW YORK (Reuters) – U.S. stocks rose on Wednesday on the heels of a three-session losing streak and ahead of the U.S. Federal Reserve’s final statement of the year that may set the stage for interest rate hikes in 2015.

A strengthening U.S. economy is expected to trump global economic worries and the Fed is likely to signal it is still on track to raise rates, with many investors devoting attention to whether the central bank drops its longstanding view that it would wait a “considerable time” before raising rates.

“I don’t know that it really makes a huge difference because ultimately they will hedge anything they do in that regard by simply saying it is all data-dependent,” said Randy Frederick, managing director of trading and derivatives for Charles Schwab in Austin.

“There does seem to be a lot of focus on the language, but I don’t know that the removal of the language, even if it happens, really brings the date of rate increases any closer if the data doesn’t support it.”

U.S. consumer prices recorded their biggest drop in nearly six years in November as gasoline prices tumbled, but this probably will do little to change views the Fed will start raising interest rates in mid-2015.

The Fed’s statement is due at 2:00 p.m. ET and will be followed by a news conference by Chair Janet Yellen half an hour later.

Volcano Corp shares jumped 55.1 percent to $17.83 after Philips agreed to buy the medical device maker for $1.2 billion including debt.

FedEx shares dropped 4.7 percent to $166.10 after the package delivery company reported lower-than-expected quarterly profit. The stock was the biggest weight on both the S&P 500 and Dow Jones Transportation Average, which lost 1.3 percent.

The Herzfeld Caribbean Basin Fund surged 42.6 percent to $9.71 ahead of a statement by U.S. President Barack Obama in which a shift in policy towards Cuba is expected.