Concerns have been raised about coronavirus spreading through Melbourne building sites undetected with some workers not obeying social distancing rules and even holding knock-off beers. It comes as Victoria recorded an alarming spike in community transmission cases overnight.

Tradies are increasingly reporting anxiety that the coronavirus could be spreading through Melbourne building sites undetected with some workers not obeying social distancing rules and even holding knock-off beers.

Workers told the Herald Sun some smaller operators were not heeding the message about social distancing with tradies working closely in confined spaces, sharing tools, not using sanitisation measures and even some people having beers after work.

It comes after the 1.5m distancing rule had been announced by the Federal Government, but so far the construction has not been restricted for fear it could lead to an industry collapse, impacting hundreds of thousands of households.

This week a Melbourne construction worker tested positive after returning from a trip to England and began showing symptoms.

The man from a subcontractor working for Kane Constructions had been on the Melbourne University “New Student Precinct” site.

Previously the CFMEU Victorian branch has warned against an industry shutdown, but has urged tradesmen to take precautions.

“Every effort must be made by industry employers to upgrade personal hygiene and minimise person to person contact and all workers must co-operate in all necessary measures to achieve these objectives.”

It is understood the majority of sites are compliant but some “cowboys” were remaining defiant. 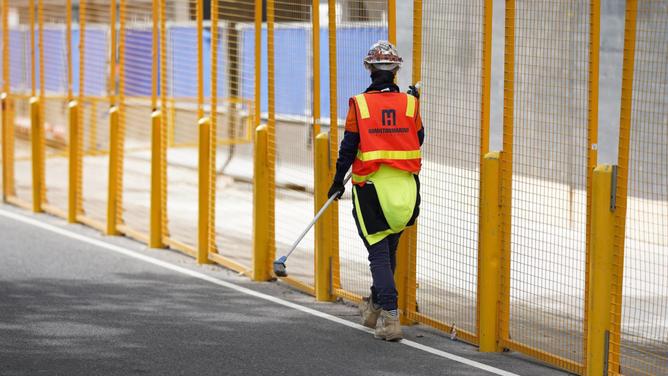 A Melbourne construction site has reopened after it shut when a tradesman tested positive for coronavirus. Credit: AAP

In a joint statement, earlier this month CFMEU National Construction Division Secretary Dave Noonan and CEO of the Master Builders of Australia Denita Wawn warned the impacts of the virus could be dire if the industry is restricted

“The construction industry is a linchpin of the Australian economy,” it said.

“The industry provides more full-time jobs than any other sector of the economy and is made up of 395,000 businesses – 388,800 of which are SMEs.

“If coronavirus forces the shutdown of the industry it will have a devastating impact on the economy generally and upon the lives of construction workers and business operators and all their families.”

It is understood work is underway at major infrastructure sites such as the Level Crossing Removal Projects to continue work in the event of further lockdowns.

This includes issuing all staff with their own radios, gloves, hand sanitiser, staggered start times and taking smoko breaks outside away from other workers.

Workers who declined to be identified by the Herald Sun questioned why restrictions on weddings and funerals were in place but not on job sites.

“There is often dozens of workers onsite at any given time working in close quarters for more than 8 hours a day,” one said.

Another warned younger workers were not taking the spread seriously and still socialising after work.

Another 54 coronavirus cases have been identified in Victoria overnight, taking the state’s total to 574.

The state government’s tracker shows there are now 16 cases of community transmission – an alarming spike from nine yesterday.

Authorities are still investigating the source of another 32 cases.

It comes as viral clusters form in Melbourne’s most affluent areas.

Small businesses forced to shut their doors for months could be protected from eviction and relieved of rent payments to help them make it to the other side of the coronavirus crisis.

The national coronavirus cabinet, which meets again on Friday, is developing radical support measures to enable businesses starved of revenue to effectively hibernate while the country is locked down.

Help for residential tenants is also in the works, with the states considering laws to ensure vulnerable renters can stay in their homes without rental increases.

As non-essential retail stores brace for a shutdown order in Victoria, expected within days, governments are investigating ways to reduce or waive lease payments for commercial tenants who are no longer allowed to operate. Relief for landlords would also be required — perhaps through land tax or council rate discounts — while Treasurer Josh Frydenberg has engaged the big banks for further assistance.

After unveiling a $17.6 billion economic stimulus boost and a $66 billion support package, the federal government is now urgently working on a “hibernation” strategy for parts of the economy.

A key focus is understood to be measures which stop shuttered businesses racking up massive debts and liabilities so that they are in a position to reopen at the end of the crisis.

Prime Minister Scott Morrison has repeatedly spoken about building a “bridge to recovery” for businesses, with workers who are laid off during the crisis supported by welfare payments has doubled with a fortnightly $550 supplement.

“On the other side, we want businesses to be able to open their doors and get on back about their business, employ their staff back, see their customers again and to support them in the recovery,” Mr Morrison said this week.

W.B. Simpson and Son director Richard Simpson said he was already dealing with “dozens” of requests for commercial rent reductions, mostly from retailers, cafes and restaurants.

“Landlords are being pretty understanding with tenants and giving rent abatements for about three months and then reassessing. Most are not having to give up all their rental income, but usually reduce it by about 30 per cent,” he said.

The Herald Sun has been told a limited session of state parliament is expected next week to pass much-needed supply Bills after the Budget was delayed. It could also be required to consider amendments to state tenancy laws.

Social distancing recommendations have forced the closure of most shops, but some stores are still open at Chadstone, with some shoppers saying boredom is driving them to the hugely popular shopping centre.

The hard-nosed stance by the Premier chair marks his most aggressive move yet in a long battle against landlords, who he has repeatedly accused of damaging the retail sector by extracting unrealistic rents. CONSTRUCTION WORKERS BACK ON JOB

A Melbourne construction site has reopened after it shut when a worker tested positive for coronavirus.

The tradesman was diagnosed after he started feeling unwell shortly after returning to work following a trip overseas.

It’s understood that the worker returned to Australia before the government introduced mandatory 14 day self-isolation for everyone coming into the country.

The site was immediately shut down after the diagnosis but has since reopened after being sanitised.

In a statement released by the Construction, Forestry, Maritime, Mining and Energy Union (CFMEU), the site shut down and all staff working on the site were contacted immediately after the diagnosis.

“Upon feeling unwell, he did not return to work and was tested the following day,” the CFMEU statement read.

“After receiving a positive result of COVID-19, he contacted his employer who immediately shut down the site, contacting the DHHS and the CFMEU.”

Those who were in close contact with the worker have gone into self isolation.

None of the employees placed in self isolation have shown any symptoms of the virus yet.

Work has since resumed on the site after being cleaned to “hospital grade” standards.

“All necessary procedures to ensure the health and safety of site workers were implemented,

including the employment of a hospital-grade, specialist cleaning company to perform a thorough on-site decontamination,” the CFMEU statement read.

The worker arrived back in Australia before March 16, when the federal government’s self-isolation mandatory order on all travellers coming into the country came into effect.

In the wake of the diagnosis, Master Builders Victoria issued its members with updated safety guidelines on working on construction sites on Thursday, include stricter social distancing regulations.

In a newsletter, the union told members to “step up” and adhere to the strict regulations.

“Whether you are an employer or a worker, you are responsible for the health of those around you. Please don’t let your behaviour be the catalyst for an industry shut down,” the union stated. 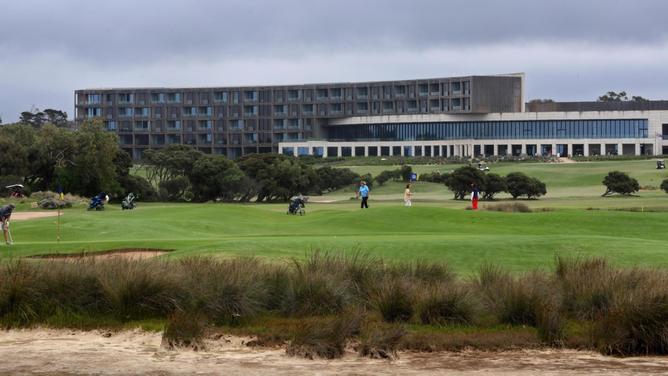 Victorian health authorities are closely monitoring what is being called a Colorado ski trip cluster after a man became seriously ill with COVID-19 after mixing with a group of Melbourne jetsetters.

America has reached a grim milestone as the number of deaths linked to coronavirus passed 1000 in the country on Thursday (local time).

It comes as global cases passed 500,000 and China closed its borders to foreign nationals to prevent a resurgence of the deadly coronavirus pandemic, according to a report.

US SHARES BUOYED BY STIMULUS

The RACV is closing its eight resorts and two clubs from midnight in response to the coronavirus crisis.

“This is something I would never have imagined and whilst this will be of little comfort today to the many staff affected, we intend to come back to strength quickly when this crisis is over,” he said.

“We are looking at a range of measures to help employees who are impacted by this announcement, including the potential to provide alternative work during this time.”

Counselling support was also being provided to all RACV employees and their families.

RACV’s insurance and roadside operations are not ­affected. 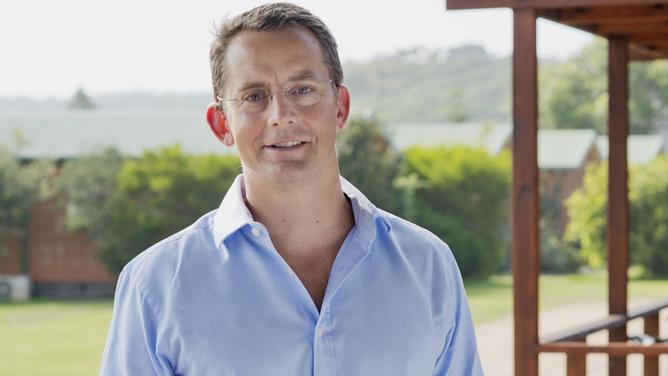 Australia’s biggest caravan park operator has appealed to Premier Daniel Andrews for exemptions to the latest restrictions so self-contained cabins can be used for quarantine accommodation.

“There are 370 caravan parks in Victoria, predominantly in regional centres, providing accommodation to those displaced due to border closures, homes to low-income earners, and accommodation to essential workers,’’ he said. 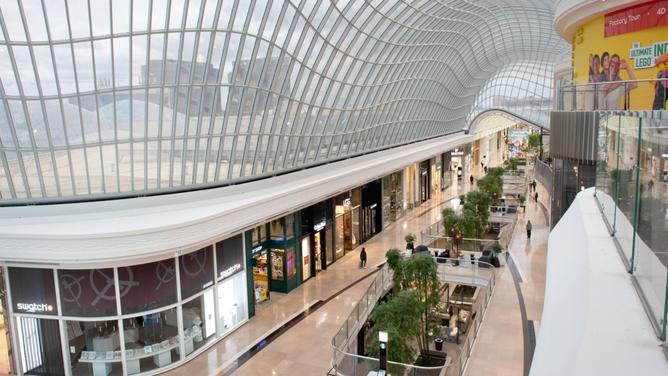 While the industry agreed with the closure of campgrounds and shared bathrooms and toilets, cabins had independent bathrooms, kitchens and airconditioning.

“This form of accommodation is more suited to current COVID-19 precautions than hotels and serviced apartments,’’ Mr Wilckens said.

— With additional reporting by Ian Royall and Sharon McGowan