US stocks climb ahead of trade deal, sending S&P 500 to record high

Stocks are closing higher on Wall Street ahead of the signing of a “Phase 1” trade deal with China, sending the S&P 500 and the Nasdaq to record highs. 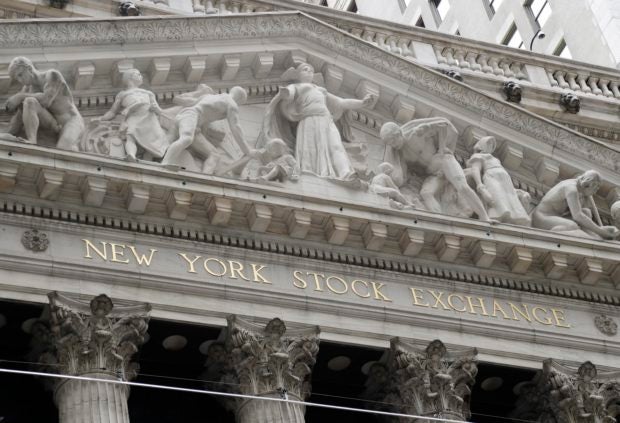 FILE – This Aug. 23, 2019, file photo shows the New York Stock Exchange in New York. Global stock markets are subdued as investors look ahead to the signing of an interim U.S.-China trade deal. Indexes were mixed in Europe while those in Shanghai, Hong Kong and South Korea finished higher. Investor focus has shifted to the trade deal as concern over potential U.S.-Iranian conflict has faded. (AP Photo/Frank Franklin II, File)

Technology companies led the way. The gains came a day before major banks kick off the latest earnings reporting season for U.S. companies. The S&P 500 rose 22 points, or 0.7%, to 3,288.

The world’s largest economies are expected to sign the “Phase 1” trade agreement on Wednesday. It is being viewed as an opening to future negotiations that will deal with more complicated trade issues. Even a partial deal should remove much of the uncertainty that has weighed on companies and investors, at least until after the election, said Scott Ladner, chief investment officer for Horizon Investments in Charlotte.

“We don’t think the tariff overhang is going to be very relevant over the next nine months,” Ladner said. “Acting tough with China and imposing tariffs two years before an election is a very different story than doing it two months before an election.”
Chipmakers were