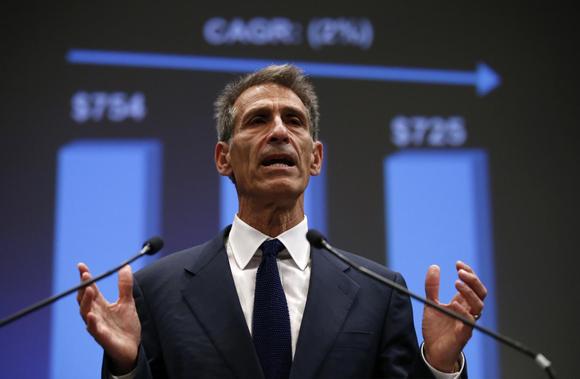 (Reuters) – The head of Sony Pictures consulted with a senior official in the U.S. government in June this year, days after North Korea threatened “merciless countermeasures” over the release of an upcoming film featuring a plot to assassinate leader Kim Jong Un, leaked emails show.

In an internal email seen by Reuters and dated June 26, Sony Pictures Entertainment Chairman and Chief Executive Officer Michael Lynton said he told Assistant U.S. Secretary of State Daniel Russel the studio was “concerned for the safety of Americans and American and North Korean relations.”

U.S. officials have cast doubt on a threat against theaters planning to show the film but police across the United States said they would take extra precautions. Sony executives told theaters the studio would not pull the comedy.

The note was part of a series of leaks from unidentified hackers who have exposed thousands of internal documents and emails to public scrutiny. Reuters has not been able to verify the authenticity of the documents, though Sony has confirmed that at least some are authentic.

“I explained that we wanted to act in a responsible fashion and that the film was designed to entertain and not to make a political statement,” Lynton said, in an email dated June 26th this year to Sony General Counsel Nicole Seligman.

“(Russel) said that the North Koreans were going to do whatever they were going to do with or without the film, though they may use it as an excuse (and) it would probably go on the list of complaints they have agains(t) the United States.”

Sony Pictures parent Sony Corp declined to comment on Lynton’s exchange with Russel. The U.S. embassy in Seoul referred Reuters to the State Department in Washington, which did not immediately respond to an emailed request for comment.

North Korean propaganda routinely warns of nuclear war with the United States and South Korea, its enemies during the 1950-53 Korean War which ended in a truce, not a peace treaty.

The film, billed for release on Dec. 25, about journalists recruited by the CIA to assassinate North Korean leader Kim Jong Un, prompted anger by Pyongyang, which accused Washington of committing an act of war by allowing its production.

Russel planned to designate someone within the State Department to “coordinate” with Sony on the case and suggested Sony contact the North Korean mission at the United Nations to stress that the film was not intentionally disrespectful, Lynton said.

“(Russel) explained that this was not an area the US government would get involved in. It was our right as a private company to make and distribute the film,” Lynton said.

“He felt very strongly that this would not result in a nuclear attack by the Koreans.”