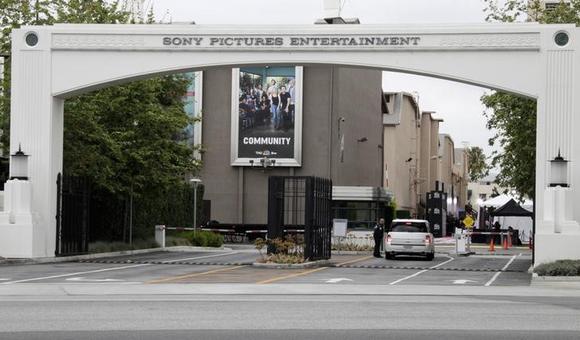 The New York Times, The Hollywood Reporter and Variety published stories reporting that they had each received a letter from David Boies, an attorney for Sony, demanding that the outlets stop reporting information contained in the documents and immediately destroy them.

The studio “does not consent to your possession, review, copying, dissemination, publication, uploading, downloading or making any use” of the information, Boies wrote in the letter, according to the New York Times report.

A Sony spokesman had no comment on the reports. Representatives for Variety and The Hollywood Reporter could not immediately be reached via email on Sunday.

New York Times spokeswoman Eileen Murphy said: “Any decisions about whether or how to use any of the information will take into account both the significance of the news and the questions of how the information emerged and who has access to it.”

A spokesman for Boies confirmed he sent a letter to certain media outlets on behalf of Sony but declined to discuss details.

Disclosures from the internal documents have caused turmoil at the studio, a unit of Japan’s Sony Corp, and shed light on internal discussions key to the company’s future. For instance, the unidentified hackers have released troves of documents that include employee salaries and financial information, marketing plans and contracts with business partners.

In addition, the documents that have emerged included an exchange in which Co-Chairman Amy Pascal joked about President Barack Obama’s race. After media outlets reported that, Pascal subsequently issued a public apology for “insensitive and inappropriate” emails.

Pascal is scheduled to meet this week with civil rights leader Reverend Al Sharpton, whose spokeswoman says he is weighing whether to call for her resignation. Pascal did not respond to a request for comment, and a Sony spokeswoman declined to comment on Pascal’s future.

Sony, in a memo to staff seen by Reuters on Dec. 2, acknowledged that a large amount of data was stolen by the hackers but has declined to confirm specific documents.

Over the weekend, a message claiming to be from the Guardians of Peace, a group that says it carried out the cyber attack on Sony, warned of additional disclosures.

“We are preparing for you a Christmas gift,” said the message posted on a site for sharing files called Pastebin. “The gift will be larger quantities of data. And it will be more interesting.”