Equity futures for the , and , along with global stocks, are following U.S. markets higher after yesterday’s record-filled Wall Street performance. The gains—in defiance of continued grim news about the coronavirus epidemic—are being fueled by stronger than expected earnings results and solid signs of strength in the U.S. economy.

Yields jumped and fell as investors shifted out of safe havens to head exuberantly back into risk assets. As well, markets await commentary later today from Fed chief Jerome Powell as he begins two days of in front of the U.S. Congress.

This morning, contracts for all four major U.S. indices are building on the strength of yesterday’s gains for their underlying benchmarks. 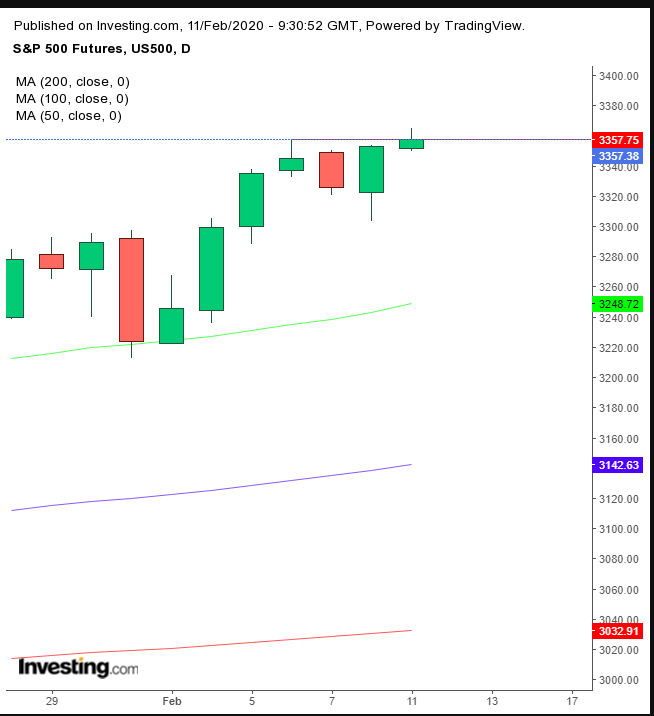 S&P 500 futures are struggling against the Feb. 6 all-time highs.

Mining shares and carmakers, as well as strong numbers from tourism and travel company Tui AG NA (DE:), helped catapult the to on Tuesday. 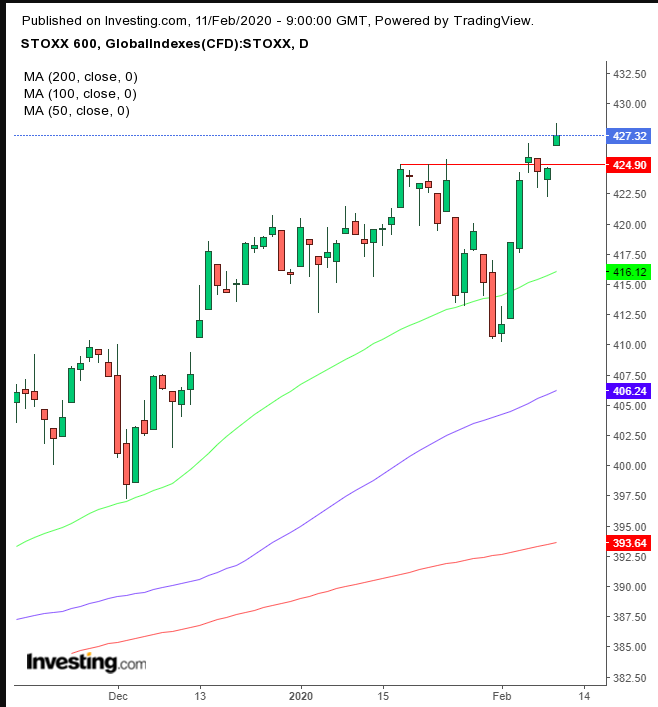 The index formed an upside breakaway gap as it cleared the resistance line in place since the mid-January highs.

Earier this morning in Asia, South Korea’s and Hong Kong’s each rose by at least 1% and China’s posted gains for a sixth day, even as the coronavirus spread continued. With more than 43,000 cases of the flu-like illness reported worldwide, and the number of fatalities now above 1,000, World Health Organization (WHO) Director-General Tedros Adhanom Ghebreyesus warned that the death toll may be just “the tip of the iceberg.”

The total 5.5% rally for China’s major index follows the 7.7% drop that was halted after the country’s regulators increased financial stimulus.

Yesterday, during the U.S. session all four major indices closed at the top of their sessions, with the and the each hitting fresh records. Nine of the SPX’s 11 sectors advanced, with shares leading the charge (+1.35%); underperformed (-0.5%). Shares of takeover target Sprint (NYSE:) soared in after-hours trade after it was reported that T-Mobile U.S. (NASDAQ:) could be poised to win court approval for its $26.5 billion proposed takeover. 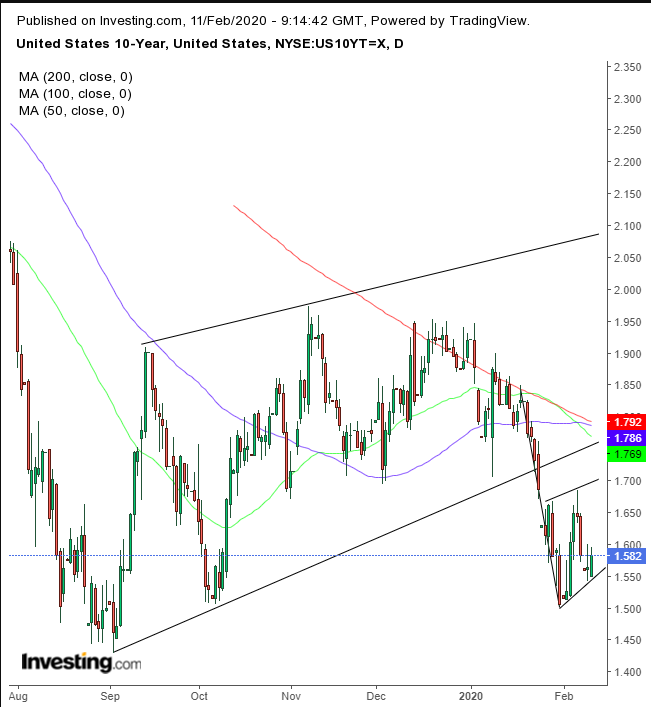 Yields, including for the U.S. Treasury, picked up momentum after yesterday’s Wall Street session, setting the stage for a rising flag, bearish after the downside breakout of the rising channel since the Sept. 3 bottom. The 50 DMA extended the fall from the 200 DMA.

The edged higher, continuing the USD’s rally for a 7th session. Yesterday was also the second day the greenback strengthened against the . 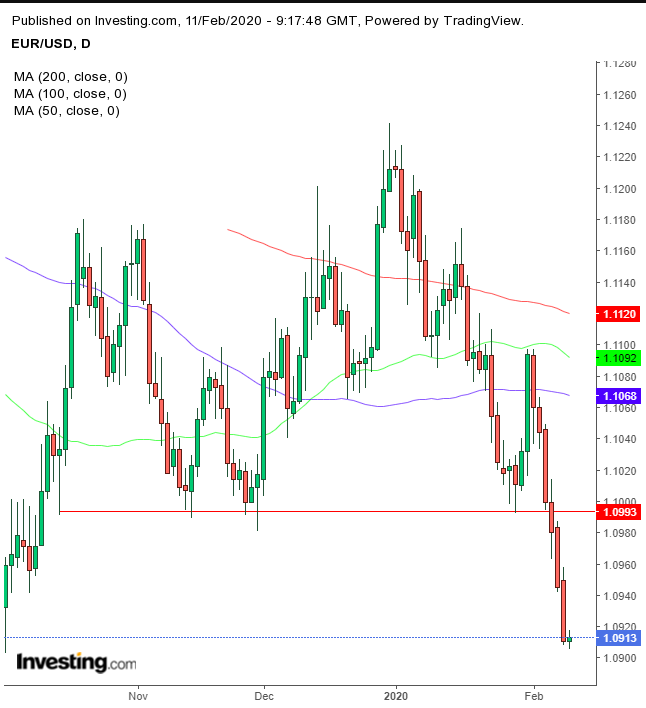 However, the global reserve currency struggled to maintain a six day rally versus the , after breaking a support in place since Oct. 15. 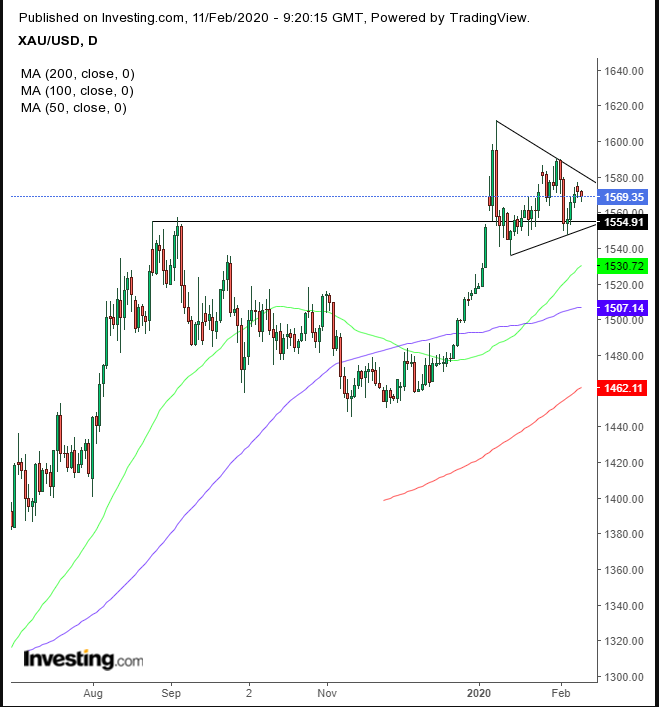 Gold fell after a four-day rally, even while the dollar rose. The precious metal is developing a bullish triangle on the very support of the August-September highs.

slipped for a second day. Technicals are showing the cryptocurrency is even further. 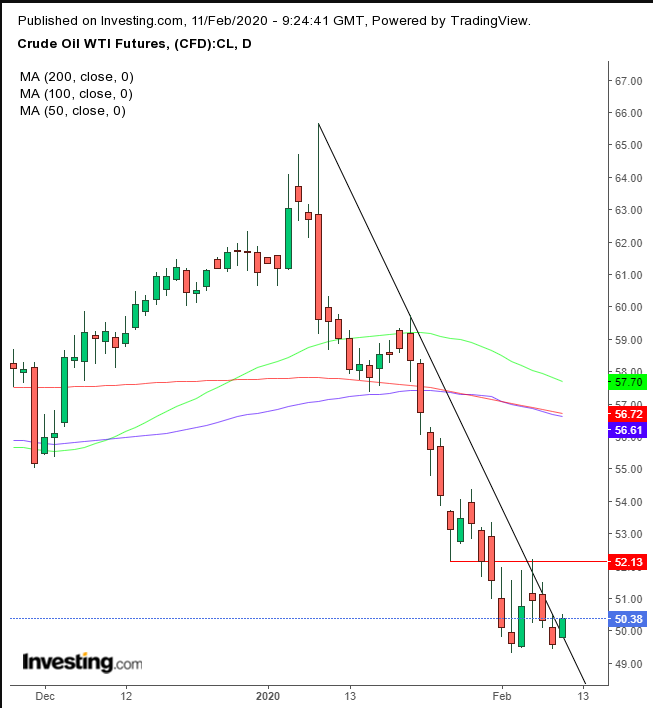 opened higher and extended a rebound from a one-year low, as it fights to remain above the critical $50 level. The $52 area is crucial; it marks the cut-off line between a reversal and another leg down below the psychological price level.