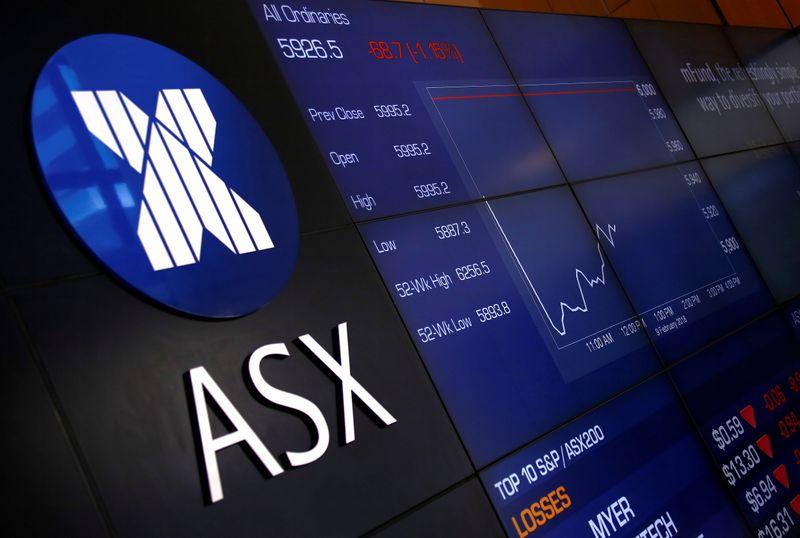 The S&P 500 .SPX and the Nasdaq Composite .IXIC ended in the red overnight, reversing initial gains with tech sector .SPLRCT weighing on S&P 500 the most, offsetting optimism stoked by Fed’s dovish comments. [.N]

The Fed pledged to keep the interest rates near zero until inflation was on track, marking a shift in monetary policy aimed to offset years of weak inflation and allow the economy to keep adding jobs for as long as possible.

Miners, reliant on exports to China, were the biggest drags on the benchmark, giving up more than 1%. [IRONORE/]

Tensions with top trading partner China remained at a high as Australia on Wednesday named the world’s second-largest economy in a court document as the foreign state under investigation by police in its first foreign interference investigation.

Financials were the top boosts to the index, with local shares of Westpac Banking Corp WBC.NZ and Australia and New Zealand Banking Group ANZ.NZ adding as much as 1.5% and 1.8%, respectively.

Reporting by Sameer Manekar in Bengaluru, Editing by Sherry Jacob-Phillips