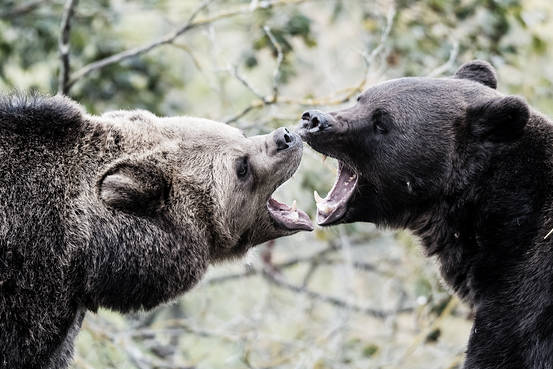 A gauge of bullish and bearish momentum in the U.S. stock market is ringing alarms for strategists at Goldman Sachs.

The investment bank’s so-called bull-bear indicator, which examines five market factors, indicates that the likelihood of a bear market occurring is at its highest point since around the mid-1970s.

Goldman analysts led by Peter Oppenheimer, chief global equities strategist, said an unusual period for Wall Street, characterized by loose monetary policy and a recent spate of fiscal stimulus has resulted in an uncannily bullish cycle for markets that is likely to come to a screeching halt.

However, the upshot of the 54-page Goldman report dated Sept. 4 isn’t that investors should panic and head for the hills, but rather that a period of lower returns should be anticipated.

Read more: No, This Is Not the Longest Bull Market Ever

The report comes as U.S. stocks have registered a decadelong, bull rally, making it the lengthiest period of equity-market prosperity, by certain measures, with the S&P 500 index advancing more than 320% since the depths of the financial crisis in 2009. The Dow Jones Industrial Average, during that period, has climbed nearly 300%, while the Nasdaq Composite Index has rallied by more than 520%, underscoring the outsize returns in the technology-and-internet related sector that has helped to buttress the broader stock market then and now.

Thus far in 2018, the S&P 500 has gained 7.6%, the Dow has climbed about 5%, while the tech-centric Nasdaq has soared by nearly 15% in the first nine months of the year. (However, the tech sector has come under severe pressure in the past week.)

Goldman points out that tech performance has also coincided with strong earnings, or earnings per share, performance for tech-related stocks.

Still, Oppenheimer, in a phone interview with MarketWatch, cautioned against interpreting the Goldman report as a staunchly bearish outlook. “We’re not flying the flag here and saying that there is going to be a deep bear market.”

He said some of the effects of any downturn may be moderated by a number of factors including an interest rate environment here and abroad that remains accommodative even as the world’s central banks aim to reset their monetary policy from financial crisis mode.

The Federal Reserve is widely expected to lift interest rates later this month at the conclusion of its two-day policy-setting gathering on Sept. 26. Oppenheimer also said that inflation remains subdued and that makes it unlikely that the Fed will feel a need to dial rates up rapidly to cool an overheated economy. “That may be one of the reason why we don’t see an economic downturn” in the cards, the Goldman strategists told MarketWatch.

Oppenheimer reiterated one line contained within the Goldman research report that reflects the unusual combination of monetary and fiscal stimulus that has given rise to such strong returns, noting that “the current cycle has been difficult to pin down.”

This story originally appeared on MarketWatch.